The Time Keeper - A Review 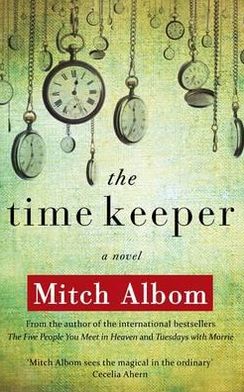 "All around you, timekeeping is ignored. Birds are not late.
A dog does not check its watch. Deer do not fret over passing birthdays.
Man alone measures time. Man alone chimes the hour. And, because of this,
man alone suffers a paralyzing fear that no other creature endures.
A fear of time running out"
- Mitch Albom, The Time Keeper

The Time Keeper by Mitch Albom, is a parable about what Time means to each of us, and depending on our perception, how it either flies or drags. This artistically woven fiction has three parallel running plots which get sutured together at the end. There is Dor, who invented world's first clock, and thus, became Father Time. There is Sarah Lemon, a present day plain-Jane who had experienced her first teenage heart-break. And there is an octogenarian Victor Delamonte, a rich and power-loving business man who is counting his last days.

The story starts with Dor and his love Alli growing up in a quaint little village at a time when there  was no concept of Time. But Dor was special. Unlike his other friends around him, he was not power-hungry. All he did was count time. Till he discovered world's first sundial, first clock and first calendar. This obviously made Dor remain ahead of Time. But this came along as a bane to Dor. He was exiled in a cave for six thousand years for teaching Man how to count time. Dor is left alone in the cave, with the company of voices of people from Earth who complained about time running out and how they wished they had more and more time.

Finally, Dor is freed after six thousand years, but with a mission. He has to make two people on earth realize the value of time. And these two characters perceive time in an absolutely antagonistic manner. Young Sarah Lemon had been dumped by the boy she loved and life held no meaning for her. She was prepared to end her life when her case is handed over to Dor. In another part of the world, an ailing business man Victor, is fighting against life to buy some more time to earn some more money. He decides to cheat death when Dor intervenes. A series of intertwined events, leaves all the happy at the end.

Albom's writing style is fluent, lucid and definitely strikes a chord with the heart. The Time Keeper is a compelling tale, cleverly handled parallel plots and a feel good factor, cover to cover. This one is a not-to-miss for all. 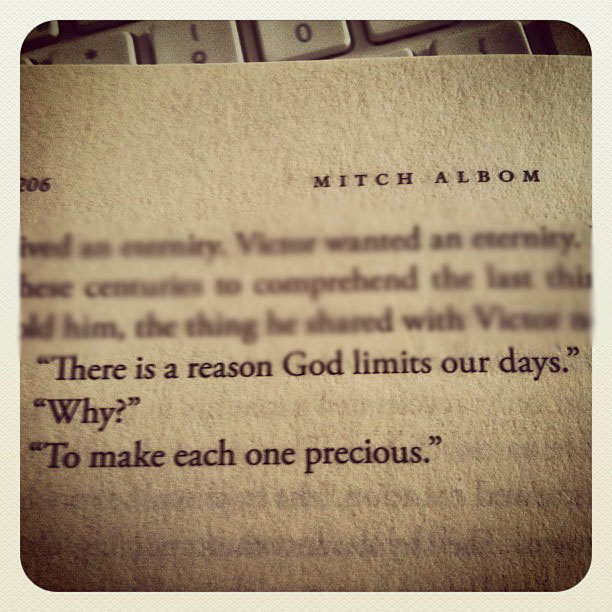