With so many challenges doing the rounds over social media these days, the quotes challenge had caught my fancy. When I saw a blogger friend taking this up, I decided to give it a shot too. The rules are pretty straightforward -
I shall stick to rules 1 and 2, and skip tagging fellow bloggers.

Disney movies are multifaceted. A child enjoys the beautiful narratives and animation, while an adult delves deeper and receives a different perspective. One such movie is the Lion King, which first introduced me to this lovely phrase, Hakuna Matata. The phrase traces back its origin from Swahili, which loosely means 'no worries'.

When Simba was sad, his friends sung to him, Hakuna Matata-it means no worries for the rest of your days!

A problem-free life is a utopia. In the troughs of life, if we adopt the motto of Hakuna Matata, where in we try to convince ourselves, that this is the worst situation that we can ever be in, and happiness is the only thing what lies ahead, I believe we can climb the crest quite smoothly.

As a kid, I used to shout out Hakuna Matata, each time my mother used to be unhappy about me doing something unpleasant. Not because I knew what it meant, but because I knew Simba had learnt to worry less by following this simple motto.

Disney movies, I believe are great teachers. You rediscover characters and dialogues as you grow older. I would want to believe and stick to the motto - Hakuna Matata - as long as I can!
Ink drops By Apala Sengupta at 12:03 AM No comments:

My phone has died. A death bad enough for it to be replaced. The replacement won't arrive until tomorrow. So, today was a day when I had no phone on me. No, not even an old backup unsmart phone. The thought was initially crippling. A whole day without my favourite gadget seemed quite a daunting and impossible task.

Now with the day almost closing, let me account how the phoneless day went.

Problem 1 : Before hitting the bed last night, I wondered how I would wake up without the alarm buzzing off on my phone.
Realization : After cell phones have arrived, bedside alarm clocks have taken a back seat. I still remember getting a pretty pink alarm clock as one of my birthday gifts when I was small.
Resolution : We all are equipped with something wonderful called the body clock. I was up today slightly earlier than my daily alarm goes off.
Conclusion : We should try being a little less dependent on a mobile phone.

Problem 2 : I was not able to book an Uber/Ola while going to work.
Realization : Travel has become so much simpler after it has become a one-click affair. Even a year ago, I would not have booked a cab via an app, rather taken the traditional means of transport.
Resolution : I had to wait for autos, struggle convincing multiple drivers, before one kind soul decided to drop me to work for a reasonable sum of money.
Conclusion : Travel apps have indeed made our lives simpler in cities like Hyderabad where the public transport scenario is pretty sad.

Problem 3 - I was not able to make/take calls, send/receive messages and/or surf the net or read books or do Anything at all!
Realization - : Being connected to the world has become a part and parcel of life. To that extent, that we don't realise it until we are missing it. It's like suddenly missing a finger!
Resolution - This had no resolution. I took no calls today, read no texts today. Logged on to the internet only at the end of the day when I reached home.
Conclusion - Surprisingly, it was a happy day. No unnecessary home loan calls, or BOGO pizza sms! Also, I had one less thing to carry while going out for tea breaks at work.

We have become too dependant on this small piece of gadget. Sometimes, such days are a welcome break!
Ink drops By Apala Sengupta at 11:52 PM 4 comments: 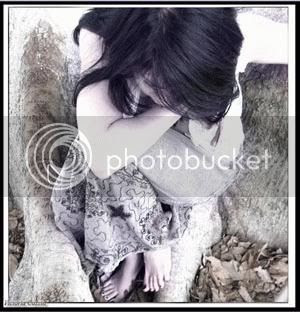 You were like an angel when we did meet,
You swept me away off my feet.
You held me close and hugged me tight,
And planted on my cheek a kiss so light!

You came to my ear and whispered to me,
Never in this life will I ever leave thee.
Our love, you said, was so gentle and pure,
Forever and always all darkness it shall endure.

Our love swelled like a raging sea,
Until you said, 'I'll be back,wait for me'.
The wait lasted for nights and day,
Before I realized you had gone away.

Years have passed, such lonely years,
I still think of you, still feel u near.
These were yesterdays that I still adore,
These are memories with You no more.
Ink drops By Apala Sengupta at 9:35 PM 2 comments:

She patiently awaited her turn, brimming with strength and power. A game changer on many occasions, she hated defeat.

Suddenly she felt a strong grip around her. She was being jostled. In front, towards her right, and left, and pushed ahead again. She kept manoeuvring ahead with every push.

Ink drops By Apala Sengupta at 1:02 AM 4 comments:

His tiny heart pounded against his chest. His mouth had turned chalky, as fear trickled down his spine. Strong hands pushed him down. And then.... a sharp pain shot up his left arm. Blood. That was enough to make him howl.

"There,there Aarin! Come with your Mamma tomorrow and collect your blood group report."